Trampoline parks continue to enjoy a great rise in popularity. In 2011, there were approximately 40 trampoline parks nationwide. Now, that number has soared to more than 800 and there is no federal oversight, only voluntary safety standards.

Using national hospital data, the U.S. Consumer Product Safety Commission (CPSC) estimates that in 2016, 103,512 children under the age of 18 visited emergency rooms with trampoline injuries. The vast majority – more than 75 percent – of these injuries occurred when more than one person jumps on a single trampoline. When there are multiple jumpers, children are the most likely to suffer serious injury. In fact, children younger than 16 account for more than 93 percent of trampoline-related fractures. Sadly, one in 200 trampoline park injuries lead to permanent neurological damage to the spine and to life-long traumatic brain injuries (TBI).

Although regulation has been slow to catch up, at least one federal legislator, Senator Richard Blumenthal, (D-Conn.) is trying to take action. He is sponsoring legislation that, if passed, would hold trampoline parks accountable for the injuries occurring inside their facilities. While, in many cases, these trampoline parks require that users, including children, waive many of their rights – including the right to a jury trial – Senator Blumenthal’s proposed law, the Fair Act, would eliminate these forced arbitration clauses in consumer cases. The bill companion in the House of Representatives, H.R. 1423, can be found here.

“One of the fundamental principles of our American democracy is that everyone gets their day in court,” he said in a statement. “Forced arbitration deprives Americans of that basic right. This kind of injustice has to end” said Blumenthal.

Dr. Kathryn Kasmire, a researcher at Connecticut Children’s Medical Center in Hartford, has said that she does not “think trampoline park injuries are increasing because they are especially dangerous compared to home trampolines, but rather because of their growing popularity and the increasing number/availability of these facilities.”

Injuries at trampoline parks range from minor sprains and bruises, scrapes and cuts, rashes or irritated skin, dislocated joints, fractures and broken bones, and in more severe incidents, spinal cord injuries, concussions, TBIs, and death. In the past few years, at least seven deaths have been reported.

The Many Types of Possible Injuries at Trampoline Parks

Some issues that arise when trampoline parks do not meet safety standards:

What are the Most Common Causes of Injuries?

Although there are many ways that injuries at a trampoline park can occur, the two most common are those caused by patron interaction with equipment, and patrons interacting with other patrons.

In the case of patron versus equipment injuries, proper supervision and coaching of patrons on the safe use of the equipment and jumping methods is critically important to minimize and/or prevent injuries. For example, many injuries occur from patrons landing on the padding located over the springs on the frame of a trampoline. While padding does provides a certain amount of attenuation and assists in the cushioning of the landing, it does not eliminate the risk of injury.

Park operators have a responsibility to maintain and routinely inspect these areas to check for any popped springs or compromised components. ASTM 2970 standard should be reviewed to ensure that nettings, padding, redundant beds and barriers are installed and utilized properly. Following the manufacturer’s recommendations is the first step for trampoline park owners to ensure that all equipment is in good repair and functioning safely.

When patrons are injured through interaction with another patron, the supervision practices of the facility may be called into question. Injuries can result from a patron jumping erratically and hitting/crashing into other patrons, or a patron landing on another patron.

Aside from interceding when a mishap occurs, attendants have a responsibility to observe the equipment is being used safely by patrons, and taking appropriate preventive measures when behavior and interaction between patrons or when the equipment becomes hazardous. Factors that should be considered are numerous, and include, without limitation: the number of people using the equipment in relation to the size of the space, the ages of the patrons, and the way the equipment is being used. In child-only zones, the supervising attendant must ensure that no parents or adolescents enter the area because their presence can create an unsafe and dangerous condition for both the older patron and the young children.

Successful trampoline park operation depends upon thorough hiring, employee orientation, and training practices. Properly orientating employees will not only assist in risk management, but also in injury reduction and mitigation. Supervision of a trampoline park facility requires qualified personnel to oversee all activity areas and ensure the proper use of equipment. Supervisors must continuously move about the floor and assist attendants in any capacity necessary. Particular care is required in the supervision of attendants to recognize ineffective or unsafe practices that may require prompt intervention.

Trampoline park court attendants should be trained on the safety and potential risks of all attractions within the facility, such as ninja courses and all attractions within the park. In addition, a manager or supervisor on duty should be available to monitor the park at all times: walking the floor, supervising the flow of patrons to ensure the courts are not overly crowded, and checking that spectators are not obstructing the view of the court attendants.

One easy way to maximize the attentiveness and responsiveness of the court attendants, they should be rotated every 30 minutes. This can be executed with a whistle blow and a five minute freeze time. A brief ‘freeze time’ allows the court attendants to get situated at their stations and gives them time to exchange valuable information about the potential behavior challenges of participants. A proper rotation will leave no gaps in coverage. A similar method is used by lifeguards who oversee public and private pools.

While on duty, trampoline park attendants should be constantly scanning their area for hazards and never turn their back to the area they are supervising or engage in distracting activities. The area assigned to each attendant should contain only one activity type, for example, a single attendant should not be supervising both trampolines and dodge ball court. For foam pits and trampoline airbag pits, each must have a minimum of one dedicated court attendant per area. It is also important to ensure foam pit are constantly assessed to ensure placement of the foam blocks is appropriate, and, if necessary, to ensure replenishment of old, compromised foam blocks.

Signage with warnings and instructions that is positioned in a highly visible area is essential for informing patrons of the rules and risks of using the park. An informative video can also assist with patrons understanding proper behavior when engaging in park activities. This will also serve to reinforce the authority of the supervising attendants.

Trampoline parks are commercial, for-profit entertainment facilities where visitors pay to have access to large spaces designed with floors, and oftentimes angled walls, that are primarily (contrived of) built-in trampolines. Along with simply jumping on the trampolines, most facilities also offer additional activities such as foam pits to jump in, basketball hoops to play on, and even dodgeball arenas for team dodgeball matches.

As a general rule, there are three parties that could potentially be held liable for a trampoline park injury.

Often times, trampoline parks require participants to sign a liability waiver. While the language of these waivers varies by park, they generally relinquish trampoline parks of all liability for injuries or damages that visitors experience while at the park. Signing a waiver does make filing a trampoline park injury lawsuit more difficult, but does not completely prevent individuals from taking legal action against the parks.

An indemnity clause — the section of a liability waiver releasing you of your right to sue a trampoline park for injuries that occur at the park — does not bar you from taking legal action to receive compensation for a trampoline park injury.

Courts often find that liability waivers of this nature do not hold validity because they grant too broad of a liability relinquishment, or fail to comply with the legal standards for such waivers.

The first step in building your case is collecting evidence.

You should begin collecting evidence as soon as possible following the incident. Collect photos of the facility, especially in the area where the incident occurred. Request witness information and statements. Collect information from any and all parties involved in the incident, including first responders and park staff. Draft a statement detailing your recollection of the event. Collect any and all documents provided by the trampoline park. Document injuries, costs associated with injuries, and the healing process – collect all medical bills and records and photograph your injury through the healing process. Document all other costs associated with the injury, such as time off work and lost wages.

Your trampoline park injury lawyer can help you formulate a comprehensive list of evidence necessary. The more evidence you have, the stronger your case will be. So, be sure to begin collecting evidence as soon as possible following the incident.

At Fulgencio Law, our team of experienced personal injury lawyers can help you build the best possible trampoline park injury lawsuit to ensure a fair settlement or to ensure that you have the best possible outcome at trial. Our firm is dedicated to ensuring that our clients receive the full level of compensation for their injuries. We offer contingency fee agreements – meaning we do not charge our personal injury clients unless we secure a recovery. 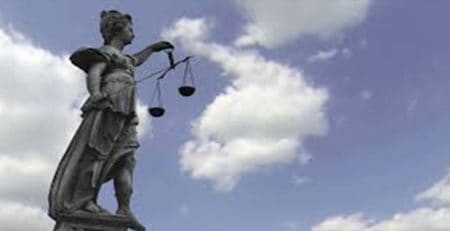 What is Negligence? Negligence is a legal concept, a term usually employed to describe an instance when someone is seeking... read more 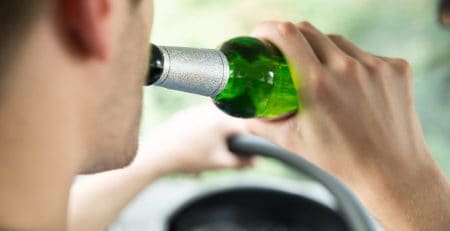 Driving while under the influence of drugs or alcohol is incredibly dangerous both for the driver and any passengers... read more

Below is the full text of Section 715.07 of the Florida Statutes as displayed in the Official Internet Site... read more 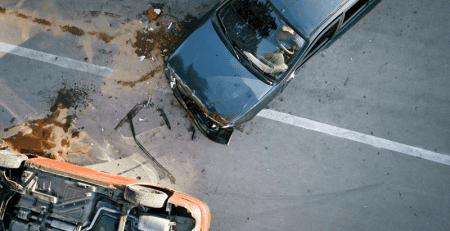 How Long Do You Have to Get Medical Treatment After a Florida Car Accident?

If you sustained injuries in a Florida car accident, you should always first seek medical attention as soon as... read more 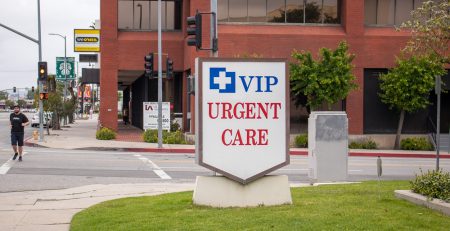 The Most Common Unexpected Injury Accidents

Most likely, when you get up in the morning you are thinking about things such as what you are... read more 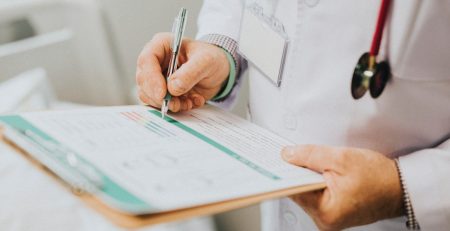 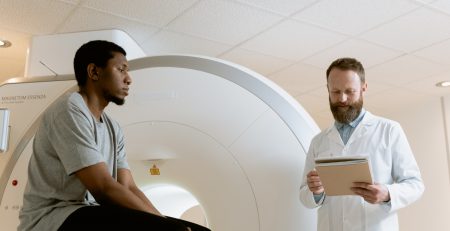 It is important that you fully understand the medical decisions you make after seeing your doctor. There are always... read more 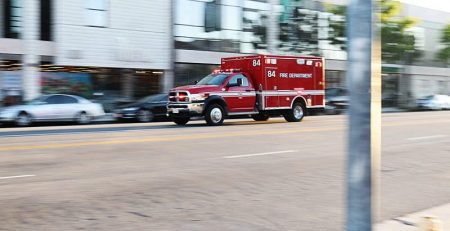 Florida is a no-fault state meaning that if you are harmed in an injury accident like a Florida car... read more