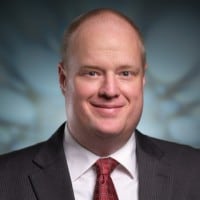 Brett Hogue is a civil litigation attorney at Fulgencio Law. His work as a plaintiff’s attorney benefits from nearly two decades of experience in a wide variety of business fields, including IT and Finance. Brett has dedicated himself to advocating on behalf of those injured by corporations and the negligence of others.

A native of Tampa, Florida, Brett graduated from Florida State University, with a degree in Political Science and a minor in History, and is a proud Seminole. Brett subsequently attended Western Michigan University Thomas M. Cooley Law School, one of the largest law schools in the United States.

During law school, Brett was invited to join, and subsequently became a lifetime member of, Phi Delta Phi Legal Honor Society. Phi Delta Phi is the oldest continuous legal organization in the U.S., being founded in 1869. While earning his law degree, Brett was also a member of several student organizations, and was honored with multiple awards for individual achievement. During this time, Brett completed an externship with a Tampa-based injury firm, which would propel him down the path that brought him to Fulgencio Law.

Since graduating from law school, Brett has worked tirelessly on behalf of homeowners, injured parties, and several corporations in order to secure their rights and deliver justice. Since joining Fulgencio Law, Brett has dedicated himself solely to the practice of personal injury and insurance.

Brett is a member of the Florida Bar, and when he’s not passionately advocating for his clients, he can be found sailing in the waters of Tampa Bay, mountain biking down local trails, and spending time with his wife, Priscilla, and his two children, Connor and Nathalia.